For several years the Stone Lake Community Wetland Park has been waging war against buckthorn. Buckthorn is an invasive shrub that crowds out native species of woodland trees, shrubs, and flowers. Two species, common and glossy buckthorn, can grow up to 20 feet tall with several sprouting stems. The female plants of both species produce small black berries which are eaten by birds leading to plant dispersal over the landscape. The Stone Lake Community Wetland Park has been working on controlling and eventually eradicating buckthorn in the park. The most effective method has been cutting by hand, then spraying the stumps with the herbicide Garlon 4, along with spraying the leaves of smaller plants. This method is helping the park return to a more stable, native tree and shrub community.

On October 8, 2015, an educational workshop, hosted by the Washburn County Land and Water Department was held at the park where park volunteers and landowners were taught how to prevent and control this invasive shrub. To raise the funds necessary to continue a full speed eradication effort a membership organization has been formed: Friends of the Wetland Park.  As of April, 2018, 197 families have now joined a massive effort to make buckthorn past history in the Stone Lake Community Wetland Park!

Finally, this intensive five year project can be considered in "maintenance mode".  It took the financial assistance of 197 families who had become Friends of the Park as of April, 2018, to finance it to completion.  Maintenance mode means that all of the large buckthorn trees and shrubs are gone, and only the very small, emerging buckthorn plants remain.  These will be controlled and, hopefully, someday eradicated by yearly foliar spraying.  Since buckthorn is a plant that remains green well into the fall, the foliar spraying will be done n September when the plants are easily identifiable because the leaves of other plants have begin to turn color and dry up.

Please use this link for complete information on Common and Glossy Buckthorn - Major Threats to Midwestern Woodlands: http://dnr.wi.gov/files/pdf/pubs/fr/fr0216.pdf 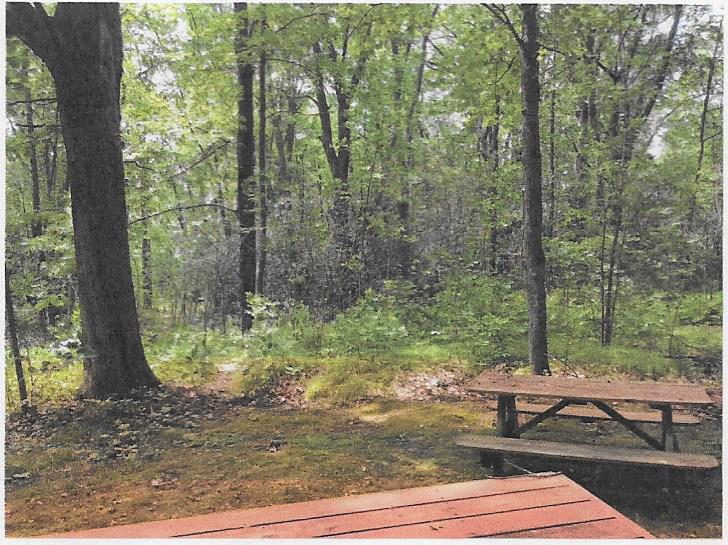 PICTURE TAKEN FROM THE PARKING LOT PICNIC TABLES TOWARD THE LAKE. THE BUCKTHORN CONGESTION IS PRETTY OBVIOUS - NOTICE THE LARGE TREES THAT ARE BARELY VISIBLE THROUGH THE BRUSH (ALMOST ALL OF IT BUCKTHORN) IN FRONT OF THEM. 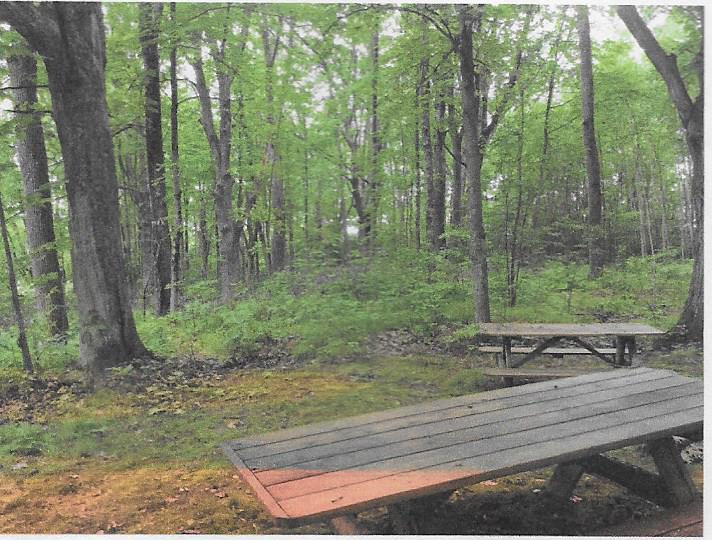 THE EFFECT OF CUTTING DOWN THE INVASIVE BUCKTHORN IS QUITE DRAMATIC. HUGE TREES THAT WERE NEARLY INVISIBLE ARE NOW CLEARLY VISIBLE. MORE IMPORTANTLY, LIGHT IS NOW REACHING THE FOREST FLOOR AND ENERGIZING NATIVE PLANT GROWTH.

A second SPECIAL PROJECT for the Wetland Park was the Tree Planting Event in May, 2018.  On the first two Saturdays of May, 2018, large groups of local children, along with parents and grandparents, received trees and were directed to areas where they might plant their trees.  During this event, nearly 100 trees were planted, and for the balance of that summer they were tended to with regular watering until they were doing well on their own.  Today, two years later, at least 60 of those original trees are thriving and have been marked with flags so they can be found among the heavy ground cover of ferns.  One more year and all of them should be tall enough to tower over the ferns to reach the sun.

We are a non-profit organization and welcome any kind of support. If you would like to help out, please contact us for a list of our most needed items or volunteer opportunities.

Get Social with Us

Recommend this page on: